We are proud to be the UK’s most awarded Independent Wine Merchant, and we like to think there’s a good reason for that. Actually, there’s more than one: from our wide selection of wines, to our knowledgeable staff, to our welcoming wine bars. Why not come see for yourself, either online or in the shops?

Hot Off the Press

This one is so new, we don’t have any groovy graphics to go along with them yet.  Anyway:

Yeah, we’ve done it again.  Twice, as a matter of fact.  At the International Wine Challenge 2022, we won both the ‘Large Independent Merchant of the Year’ and ‘Regional Merchant of the Year Eastern England.’  But don’t let that second one fool you. We deliver all over the UK. Our very own Hal Wilson was recently named one of the 100 most influential people in Drinks Retailing for 2022. Voted on by industry voters, Hal comes in at No. 21.

Somewhere between Most Recently and Quite Recently

We’re pleased as punch (does anyone say that anymore?!) to announce we’ve won not one, but two more awards.

At the 2021 Drinks Business Awards, which took place on 23 September, we were named both Independent Retailer of the Year and Fine Wine Retailer of the Year. We’ll share some pictures with you once we have them. But until then, you can read more about the awards here. 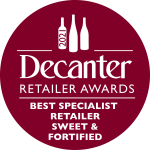 Decanter Best Specialist Retailer for Sweet & Fortified Wines, 2021. Read more about it  (and other winners) here. 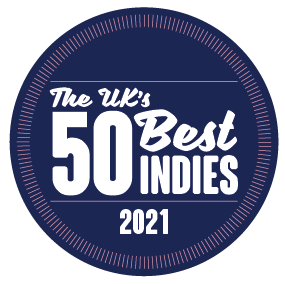 Not quite as recent as the stuff above, but still not long ago at all. 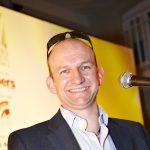 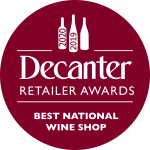 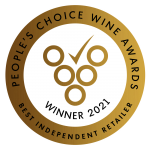 We’ve been winning awards for well over a decade.  Keep reading to get an idea of some of them.  (We might have left a few off by mistake!)

Decanter Retailer of the Year Awards 2016

Our first major Decanter award meaning we have now been recognised by every wine merchant competition in the UK.

The judges praised us for our wide-ranging list, varied events and ambitious strategy. It’s a really tough category, being open to all merchants with £5m+ turnover, including Majestic, Laithwaites, Berry Bros, and Tanners. There was one Runner Up award and one main award on offer.

As three time winners of the Independent Drinks Retailer category at previous Drinks Retailing Awards, Cambridge Wine is absolutely delighted to earn this prestigious trade award, open to independent retailers across the country with ten or fewer stores. We wouldn’t be able to do it without our retail customers, so thank you for continuing to support your independent merchants in Cambridge, Ampthill, Royston, Salisbury! 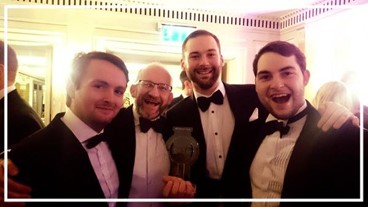 For offering an eclectic, broad choice of Spanish wines, plus a great programme of events and tastings, as well as a wine school, and using these to educate and enthuse imbibers

2013: At this year’s International Wine Challenge we picked up three awards:

Yet another major national award for us: at the Harper’s drinks industry awards we were voted Best Top Merchant (3 or more shops)

We have for the third time in four years been voted the UK’s No. 1 Independent Drinks Retailer at the prestigious Drinks Retail Awards.

The greatest business brains in the drinks retailing trade were honoured during the industry’s version of the Oscars at a glitzy dinner at the Dorchester.

The Drinks Retailing Awards are the trade’s biggest annual highlight, bringing together the leading lights in retail and rewarding the greatest innovators.

Competition was fierce as the awards received a record number of entries, but a rigorous judging process eventually named 19 overall winners in categories including Supermarket of the Year and Independent Drinks Retailer of the Year.

Taking home a Drinks Retailing Award represents the ultimate accolade for a business in the drinks trade, so winners were understandably delighted. 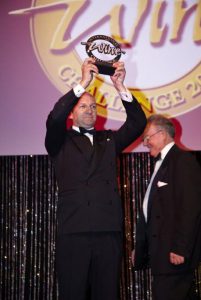 Following past successes in this and many other competitions, we walked away with the top prize:

Merchant of the Year

This is the one IWC prize that can’t be applied for – the winner is chosen by a panel of expert judges and covers all this year’s UK award winners, from supermarkets to wholesalers. The judges described our wine range as “phenomenal”.

We scooped up a load of other awards too, in fact more than any other competitor:

East of England Merchant of the year

A new prize covering the UK, sponsored by the Languedoc-Roussillon Region. It’s fair to say we’ve been regarded in the wine trade as the UK’s leading experts in and supporters of the region, so it’s a pleasure to have this confirmed.

Wines from Rioja in association with the Spanish Ministry of the Environment, Rural & Marine Affairs voted us Rioja Retailer of the Year 2012. We spent the £1000 prize on a huge staff dinner: happy times!

A tremendous honour for CWM from the Drinks Retailing Awards.

Great news for us at the biggest wine competition in the world, the “Wine Oscars”, especially as we were the first merchants to win the ‘Fortified Wine’ category, which was introduced in 2010.

And a number of other fantastic successes:

-Competing against some of the country’s most successful independent wine retailers, we managed to beat Adnam’s, Naked Wines and Roberson, and came second just after Chesire-based merchant Corks Out. Interestingly, Corks Out came second to us in the Drinks Retailing Awards of the same year, establishing us as probably the best two independent wine merchants in the UK. Judge Paul Shaafsma, UK Director for Australian Vintage, said of CWM that we “demonstrate flair and an innovative streak with a big emphasis on staff training”.

Our success in the annual Portuguese Wine Awards, held at the ambassador’s residence in Belgrave Square, demonstrates our commitment to expanding our range of Portuguese wines, and we’re thankful for this recognition of our specialist status within the trade.